So much disagreement. So many misconceptions. Who is God, really?

The way that God has been represented most of the time, by most Christians, by most churches, it is hardly to be wondered at that many people reject the very thought of him. Or - if they don't outright reject him, they accept his existence in such a way as to keep him at a distance. How do they do this? Through making a ritual of him. By keeping him impersonal. By making a religion out of what was meant to be relationship. There are hundreds of ways to do it!

Quite honestly, it has occurred to me more than once that the message that is often given out by churches and by Christians - however sincere, deserves to be rejected. Though many Christians are sincere and live what they believe, the accusation of being a hypocrite fits far too many.

But the problem is more than just frail humans who fail to measure up. It is that so many have swallowed a picture of God which is much less than who he really is.

So what is the right representation of God? What is he really like? Who is God? Is he harsh? Judging? Preoccupied with getting people to follow the rules? Obsessed with pointing the finger at sin?

Is he a stern disciplinarian? A frowning school director?

Or is he the Man-Upstairs? A grandfatherly type with a long beard, jolly like Santa - who wants to give you whatever you want?

There are a thousand different ways to view God that are less than who he really is, and most of them deserve to be rejected. If he were really that way, you could be commended for being an atheist.

This question matters, whether you are a sceptic about all things spiritual or a long-time believer. Most of us need an occasional check-up at the eye doctor if we want to continue to see clearly. Our picture of God gets obscured through filters: such as through traditions, our culture, opinions of friends, relatives and colleagues, the teaching of our denomination, and even through such things as gradual changes in the meanings of words over centuries. All of these filters make it difficult to understand the Bible's representation of God as he really is.

So who is God? 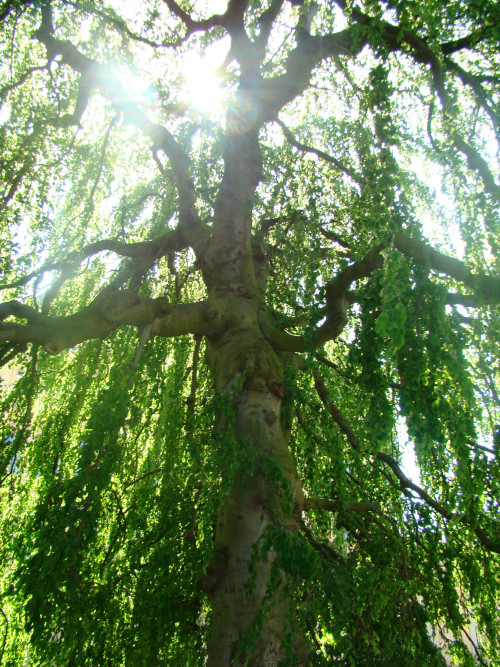 That's what this website is all about. In the following pages we want to cut to the chase, take off the filters of generations, scrape off teachings that were added to the Bible's teaching and get back to the roots and message that was originally given. It is going to even require recognizing that our way of thinking (greek-influenced) is contrary to the Bible's hebrew mindset.

To do that we are going to take up a new set of glasses, ones which will hopefully make it easier to see clearly. These glasses can be put on by applying one question to each new situation or question of truth: "What did God originally intend?

We are going to apply "Original Intent" to find out who God is, what he expects of us, what kind of life or lifestyle is really "biblical" or "Christian." I think you will find that the results are more than satisfying! They may surprise you, I hope they delight you. Are you ready for a journey of discovery? Then let's answer this question, "who is God"!