God's Original Intent for his Church: a Loving Community

Part II, The Story of the Church: From Life to Death and Back Again

Long, long ago in a land far away there was once a loving community. This community was made up of difficult, ordinarily ornery people like you and me, who had all, however, had a life changing experience with a man who had risen from the dead, a certain Jew named Yeshua.

This community began well. It was lively, exuberant, and full of love, both for those within and those without. The most poignant description of this community at that time was that they were held in high regard by all in the city. No one dared join them for fear of upsetting the religious power system, but the numbers of the little community still grew constantly. They couldn't be held down.

In time this little community grew and spread throughout the world. There were outposts of this community that spread into Africa. There were colonies of it in India, even in China. Europe and the Roman world became filled with outshoots of this loving community which began to saturate its cities. For a while, it looked like this little group of ordinary people, who had learned how to love in an extraordinary way, while all the time experiencing crushing pressure and persecution, would conquer and fill the earth.

But it didn't happen.

The Community experiences a Living Death

Instead, the little, loving community was conquered and overtaken by the world around them. At least for the most part, and in most places.

In the course of time, this loving community became a huge instituiton which grew, not in love, in power over fear and sickness, but in gold, silver, property and in power over nations and over the lives and souls of men and women. Men who loved personal power took the reins of the community and began to lord it over the members, over their money, over whole nations and even over kings. It became a powerful instition which had power, loved power and craved power. Anyone who stood in its way was thrown out, excommunicated, or simply killed.

It had political power, economic power and power over the lives and souls of the people of any country which would let it in. Many did. Eventually its excesses became so big that brave men and women began to rise up to cry, "Foul!" "This is not the loving community that Yeshua gave us! This is not a group of people committed to love and who together function as one person, the living Body of Yeshua!" And they demanded that this huge institution stop doing the worst of its excesses.

These were brave men and women. Some of them were immediately silenced. Many paid for their impudence by being tortured and then burned alive at the stake. Others were drowned. Still others had their tongues cut out for daring to declare that this mighty institution was no longer really the loving community.

And people started to listen. One after another, individuals, groups, and eventually even small kingdoms and later mighty nations began to break away from the strangling control of the mighty institution which called itself the loving community.

Things were looking up for the ones who had demanded that the message of the loving community must be heard again. But then a strange thing happened. Instead of throwing off all of the controls, all of the power structures, giving back all of the gold, silver, buildings and trappings of a pretend-loving community, the triumphant resisters simply modified the message and a few of the more outlandish practices of the mighty institution - and proceded to build their own somewhat-less-mighty institutions.

Rather than seizing the tremendous opportunity which was theirs to return to the simplicity of friendship and depth of selfless love of the original group, they returned to the only experience which they had ever known. Instead of centering their new life around loving one another and fellowshipping with Yeshua, they centered much of their efforts around raising up a rival institution to the mighty institution, each claiming that their creation was the real loving community. The power structures were renamed, made gentler, but remained firmly in place.

And what was the King of this community doing during all this time? What did Yeshua understake when the community began to distance itself from his teachings and ways in order to take up the ways of the cultures around them?

Well, first of all, he let them do it.

But in addition to letting them do what they determined to do, he tried to warn them. He sent itinerant workers to the community who reminded them again about what the whole story is really supposed to be about. He sent prophets to speak his heart to them, to turn them from these destructive ways.

But with time, after the loving community had become the mighty institution he stopped trying to turn them back. At least, not as a group. That's because the institution had become too big, too hungry for power, too determined to preserve the status quo and all its power and riches and influence at any cost. After this he mostly only reached out to individuals, to draw them, to draw the few who would listen, back to what it was supposed to really be about.

But that's not the end of the story.

You see the loving King and his Father had a plan. The betrayal of the loving community didn't take them by surprise. They had known that this would be a possibility when freedom was granted. They knew that their enemy was alway prowling around looking to take advantage, feeding the vain imaginations of power-hungry men who had never truly submitted their hearts to the King. It was true then. It is true today.

They decided that though they would let this go on for awhile, in the end Father's choice would be to raise up his Son, the King, to be the apex of all creation, to restore the community to restore true fellowship with each one and with them all together. The community as a cohesive person, the Body of Yeshua, would live again. They had a plan. It's name was Restoration.

The Time of the Restoration of All Things

And so, although the triumphant resistors of the mighty institution only ever traded one captivity for another, something was set in motion which began to grow, to snowball. More and more people began to get a taste of freedom.

More and more people began to recognize that Father wanted them to get to know him.

More and more people began to leave empty rituals, to throw off the chains put on them by illegitimate, controlling leadership, and to experiment with gatherings that were dedicated to putting Yeshua first, and living in loving community.

Naturally the mighty institution was not pleased. But this time it was the many new and smaller institutions which had broken off from her, the proud, fiercely independent institutions, who were especially enraged! Who were these upstarts, these misfits, these malcontents? How dare they pretend to be the resistors? We are the true resistors! We did all that ever needed to be done. Off with their heads! And in fact, that is exactly what some of them did: they persecuted, imprisoned and even at times killed these new dissidents.

And many died. But still, each new wave of restorers had their effect. Each new group recovered a little bit of the life, the vitality, the naturalness of relationship to the King and his Father that the first loving community had had. And yet each group eventually felt that they had to preserve the gains they had made. Each eventually put on the chains of an institution to control and guide the development of the future. And each persecuted the new resistors and restorers which sprang up after them.

We are still in the story of the loving community today. It hasn't ended yet. But the influence, the sweat, tears and even blood of the many waves of restorers has left their mark. Today you can find many brands and flavors of insitutions, each claiming to be the true loving community, but when you look closely, you will recognize the telltale marks of the insitution in them, the control system, the love of power, influence and acclaim of man.

But if you look closely, you will also notice that the numbers of those hungry for God, of the holy discontented, of those longing for more fellowship together with Yeshua, for a restoration of true unselfish love - and who are willing to walk away from the institutions, whatever the name and flavor - are growing rapidly. The end of all things is at hand. And therefore, the time of the final restoration is also at hand. Father is calling us to abandon these last vestiges of the world's system which crept into and overtook his community and to begin to live together with him as he always intended for us.

As I am sure you are already aware, the story of the loving community is the story of the church of Jesus Christ. It is a long story, and one with far more detail than what I have told here. I have told this story like an allegory, but the facts show that it is a true story and worth more investigation.

Naturally on a website like this one there is a limit to how much information can be given. But through the following links you may do a little further investigation into the details of this tragic, yet hopeful story. Happy hunting!

Click here to return from "Story of the Loving Community" to the "Who is God, really?" homepage. 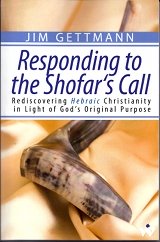 God's Intent for the Church